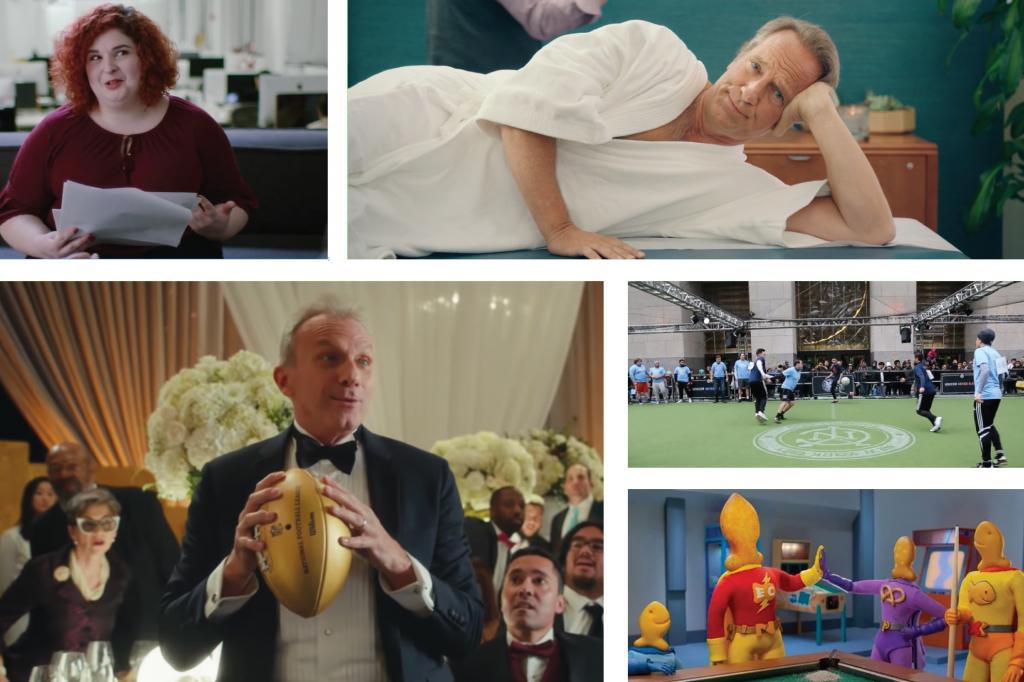 He’s baaack. In August, Alex Bogusky returned as “chief creative engineer” to the agency that bears his name. The news was met with surprise and curiosity: Could the creative guru who bolted in 2010 return some of the mojo the MDC Partners shop had lost in recent years?

Along with welcoming home the prodigal son, the agency rebranded with a new logo and shuttered its Los Angeles office, consolidating its U.S. operations in Boulder, Colorado. It picked up such clients as Infiniti Global, Goose Island and Michelob Ultra. CPB’s work for Domino’s made headlines for its “Paving for Pizza” work, in which the chain repaired roads nationwide (to facilitate the delivery of pie).

It also raised eyebrows for a bizarre stunt, possibly meant to galvanize troops internally, in which Bogusky dressed up as a pro wrestler and challenged mouthy marketer Gary Vaynerchuk to a match. Watch this space for possible 2019 smackdowns. —Brian Braiker

Erich & Kallman is well-positioned to thrive as marketers shift to more project work: The Larkspur, California-based shop launched three years ago with a model designed to turn around assignments quickly by tapping a network of freelance creatives.

“We bring in more world-class talent only when we need them, expanding and contracting constantly based on our client needs,” the agency says. Clients include New Belgium Brewing’s Fat Tire, which tapped the shop for its new Belgian white style. The work stars a curmudgeonly Belgian man who wields deadpan humor. For Zero Cancer, a non-profit promoting prostate health, Mike Rowe starred in a video in which he had an actual prostate exam. In a more lighthearted effort, the agency was tapped by General Mills to plug the addition of a unicorn marshmallow to Lucky Charms. —E.J. Schultz

Kirshenbaum, Bond, Senecal & Partners underwent a major transformation last year when it joined forces with Forsman & Bodenfors, known for its groundbreaking creative, taking the Swedish agency’s name in the process. The shop has had promising momentum: After parting ways with BMW, it brought on clients including Dean Foods’ TruMoo and Dairy Pure, Diageo’s Seagram’s 7 and iRobot.

It also delivered standout work. For Monster, F&B debuted an integrated campaign that included real-time content with the brand’s CGI purple monster. Its “This Is Your Whiskey” campaign for Seagram celebrates the “unfussiness” of the brand, and for TrueMoo its “Kid Harder” highlights how the product fuels children through their day in ads featuring a hopscotch board that seems to extend into infinity. —Ann-Christine Diaz

A lot of eyes are on Johannes Leonardo since it bought back a big part of the stake held by WPP Group, reducing the holding company’s slice to 25 percent. This newfound freedom came as the shop nailed lead agency on Volkswagen’s North American business, where it will work alongside a network of WPP specialist agencies covering data intelligence, the brand website, retail and more.

Although overall revenue came in flat for 2018, JL posted a 15 percent gain in organic growth from existing clients with the aid of creative for Adidas, MassMutual, EA Games and more. JL proved its credo that creative doesn’t have to mean advertising, publishing a book, “Stan Smith: Some People Think I Am a Shoe,” for Adidas’ Stan Smith brand, and fashioning an experience for the Copa 19 soccer boot, in which people navigated a dark room by touch. For the New York City Soccer Club, JL put on a 24-hour soccer game at Rockefeller Center. —Judann Pollack

Flash back to 2016, and things looked pretty grim at Leo Burnett. The Publicis Groupe agency was rocked by the loss of the McDonald’s account to Omnicom and was invited to participate in only six RFPs that year. But the shop is showing signs of a comeback: It was invited to more than 130 pitches in 2018, and although it had to turn down 80 percent because of conflicts, the agency says it won 72 percent of those in which it participated. The wins for Publicis Groupe produced $90 million worth of new business from clients such as Campbell Soup Co., Dunkin’, Wingstop, CVS and Diageo.

Leo Burnett also continued to build out The Core, an offering launched in 2017 that brings together data, analytics, research, CRM and search-technology capabilities with the goal of creating more personalized content for clients. The initiative now boasts more than 30 proprietary tools spanning machine learning, consumer segmentation and other functions. —E.S.

In 2018, Oberland became one of the few shops certified as both a benefit corporation (a legal status granted to for-profit companies with a positive social impact) and a B Corporation, indicating high standards for sustainability, accountability and transparency. The agency also says it saw 70 percent revenue growth.

Campaigns included work for The Nature Conservancy and New York Institute of Technology, and it added the Christopher & Dana Reeve Foundation and Blockchain.com, among others. The team also undertook a campaign tackling discrimination in the industry. “Nothing Changes If We Don’t” pairs serious messages with winking reenactments of awkward or outright hostile workplace situations. Executive Creative Director Bill Oberlander and President Drew Train, who say they hope to set an example for other small shops, also kicked off a wage audit and hired an external legal team to rewrite the employee handbook with policies for sexual harassment training and working remotely. —I-Hsien Sherwood 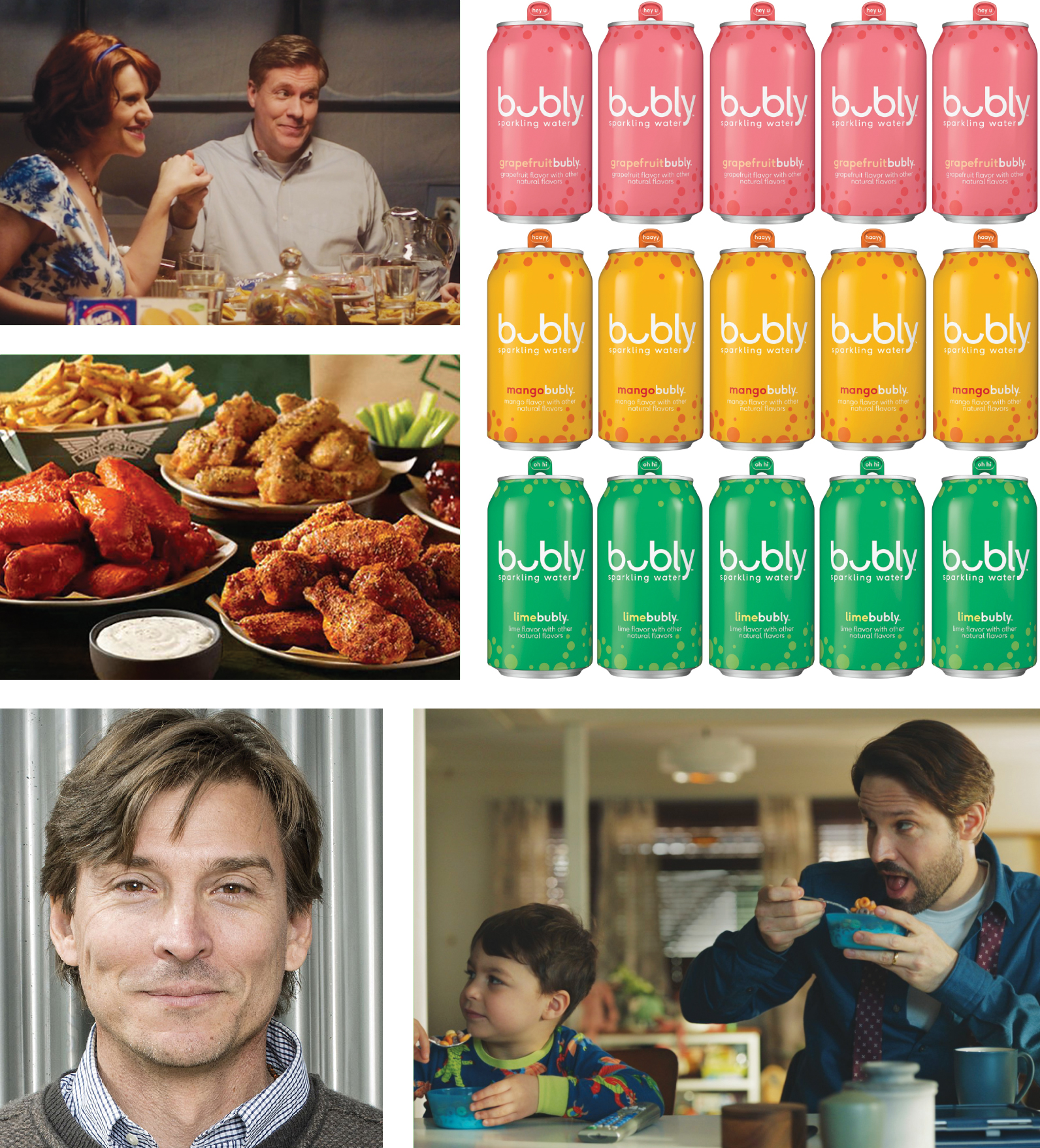 Agencies have long yearned for a bigger piece of the consulting action. Well, R/GA is living the dream. A core part of the agency’s “transformation at speed” approach, consulting is gaining momentum. R/GA won more than 60 U.S. and 112 global net-new clients last year, with a mix of agency-of-record assignments and project-based work in consulting and ventures. But the latter is growing faster, it says.

One high-profile project was the launch of PepsiCo’s Bubly sparkling water, which the marketer said last October was on track to generate $100 million in first-year sales. R/GA’s Chicago and New York consulting teams collaborated with PepsiCo to coin the name, visuals and social identity.

“This was an example of engineering a brand from the ground up,” says Sean Lyons, elevated to R/GA CEO in October 2018. “We were able to be a turnkey one-stop shop. Historically, there would be five or six companies involved.” —Jack Neff

The industry will be watching to see what moves MDC Partners CEO Mark Penn will make as he takes over the holding company. One shop in need of a push: 72andSunny. Long a star performer, the agency has hit some sizable speed bumps. Last month, it laid off 5 percent of its staff in New York and Los Angeles amid key account losses, including Coors Light. But in 2018, the shop cranked out some eye-catching work, including a campaign for National Geographic that traced the journey of a wheelchair-bound Syrian refugee. The agency also hung on to its Activision account after a review, and won the National Football League account from Grey. Its first campaign for the league aired during the Super Bowl, winning USA Today’s Ad Meter earlier this year. —E.S.

The Tombras Group, 73 years old, is out to prove that Knoxville, Tennessee, is home to the next great agency. The family-owned, full-service shop—which also has offices in Nashville; Charlotte, North Carolina; Washington, D.C. and, coming soon, Atlanta—is led by Chairman Charles Tombras Jr., and his son, President Dooley Tombras. It recently named its first female CEO, longtime employee Alice Mathews.

In 2018, new-business wins included Paddy Irish Whiskey, Boston Market and Walmart, and it continued its off-kilter Moon Pie social media work. Tombras helped Orangetheory Fitness hit what it claims was the chain’s biggest sales day ever with a campaign that offered a free workout to people who exercised during the extra hour of daylight saving. Tombras’ Walmart work included a Facebook Live concert in Harrisburg, Illinois, after a local, “Yodel Boy” Mason Ramsey, had been filmed singing in a Walmart there. The concert, the shops says, had 3.6 million online viewers who shared it 12,000 times. —Megan Graham

When WPP merged Y&R with VML late last year, it made quite a statement: The holding company gave VML top billing, calling the agency VMLY&R—despite Y&R dating back to 1923. But VML, which launched in 1992, has emerged in recent years as a star performer, while Y&R struggled, with its revenue falling 3 percent in 2017, according to Ad Age Datacenter estimates. The industry is waiting now to see the digital agency and legacy creative shop perform as one with a combined staff of 7,000 people. A lot is at stake for WPP CEO Mark Read; the merger represented one of his first big strategic moves since taking over late last year. VMLY&R is already touting early wins, such as luring what it says is $30 million in new business revenue from clients such as Tenet Healthcare, 3M and AIG. But the jury is still out. —E.S.