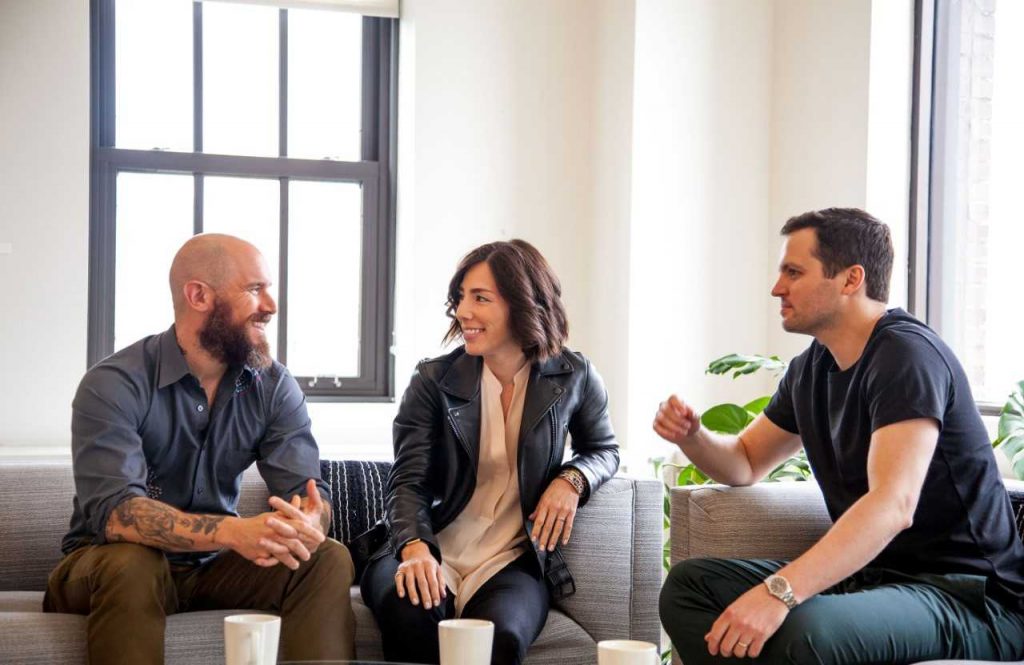 Strategy and design consultancy Redscout, which is part of the MDC Partners network, named three new leaders as its 20th anniversary approaches.

According to the announcement, the trio’s promotions come after they helped drive “impressive growth in the first quarter” of 2019 that included a new partnership with Neiman Marcus. Redscout helped the luxury retailer develop its newest location in Manhattan’s Hudson Yards—which, on a completely unrelated note, just happens to be the home of our good friends at VaynerMedia.

Kayser said, “Redscout was wired to thrive in this exact moment, and it’s because we believe the most valuable modern skill is the ability to see potential—to see things organizations, people, ideas not for what they are but for what they could become.”

“At Redscout, we talk about collaboration as ‘trenching together,’ so it was very natural for us to come together as partners to chart the next phase of our growth,” added Ammirato.

The agency, which specializes in product development work such as the recent launch of Lokai’s Elements wellness tonics, and the rebranding of chef Christina Tosi and Momofuku’s Milk Bar chain, promoted former West Coast managing director Colin Chow to CEO last January as founder Jonah Disend stepped into the chairman role and later launched production firm Complementary Colors. Last fall Chow left the agency, which had moved to consolidate its West Coast operations into one L.A. office. Redscout chose not to name another chief executive officer, and the three partners will now lead the agency with Disend continuing as chairman.