Doner L.A. is behind the covert new work

Hawkins Power and Light plays a pivotal role Netflix’s Stranger Things, and in anticipation of the release of the show’s second season this week, the streaming platform unveiled a sneaky new ad campaign for the fictional company.

Billboards and other out-of-home work from creative shop Doner L.A. touting Hawkins Power and Light have popped up in Los Angeles and New York. The tagline, “Flipping the Switch for a Brighter Tomorrow,” is perfect for the bland yet sinister corporation.

The campaign features a working 1-800 number that functions much like a regular corporate 1-800 number—soothing on-hold music, menu directions to follow, automated responses—until there’s a crackling sound similar to something you might hear in Stranger Things.

Fans who are excited for the new season found the campaign and posted about it on Twitter and Reddit. One fan, Chris Szott‏, recorded the 1-800 number and uploaded the recording to Soundcloud (see below). 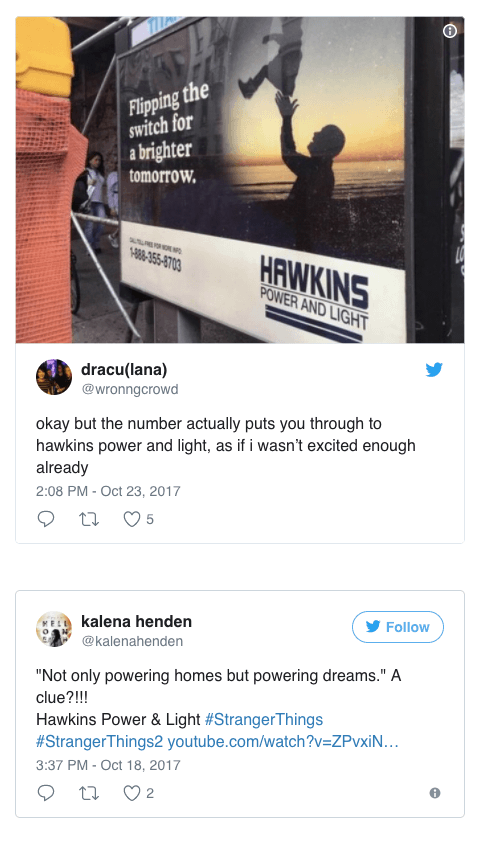