The ‘LGBTQr’ code is scannable with an iPhone or Android device 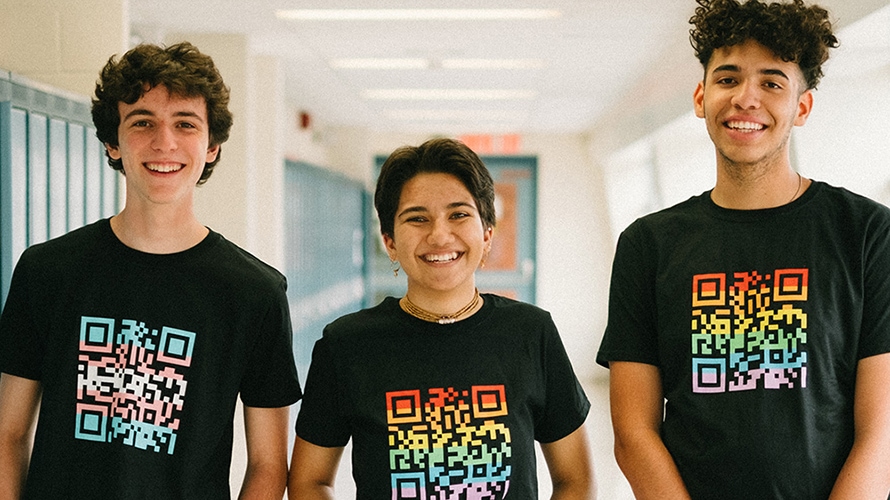 Conservative policies in Ontario have stripped LGBTQ issues from the sex-ed public school curriculum, but one organization has taken action to reinstall them.

On Tuesday, Toronto public high school École Ouest and The Get Real Movement, a Canadian nonprofit that fights LGBTQ discrimination in schools and workplaces, unveiled the “LGBTQr” code. Created by MDC Partners-owned Toronto agency Union, the code is scannable with an iPhone or Android device and leads to a microsite educating students on the LGBTQ issues their educators have been forced to ignore.

École Ouest and Get Real will distribute the code to students on products like T-shirts, stickers and pins so they can regain this critical education and “spread a message of inclusivity,” the organization said. 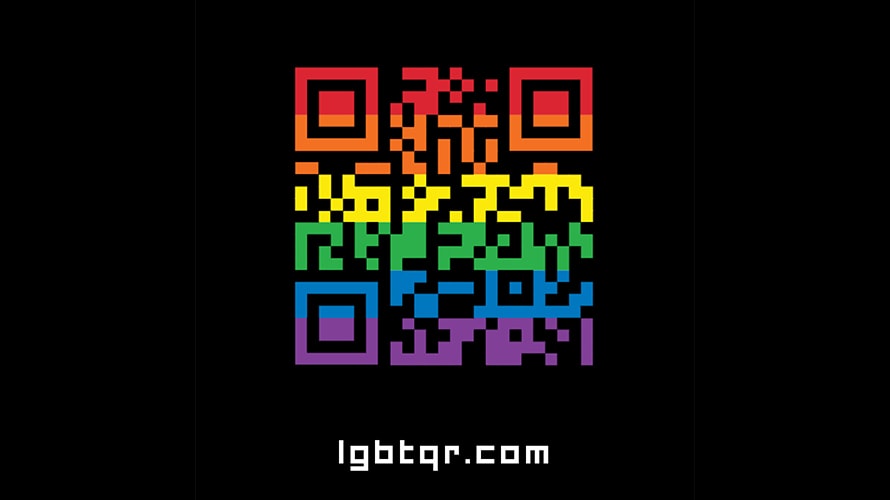 The microsite will give students access to terminology unique to the LGBTQ community, and it will ask questions on topics exploring if being gay is a choice, how they can deal with identity-related bullying at school and when the “right time” is to come out.

“This year, the government has questioned the validity of supporting LGBTQ+ students in Ontario, many of whom are already facing bullying and a lack of acceptance,” said Chris Studer, executive director and founder of Get Real. “We are proud to give students back their power and launch the LGBTQr Code Campaign at École Ouest, a school that cares deeply about supporting the well-being of all its students.”

Following a decision handed down by progressive conservative Ontario education minister Lisa Thompson over the summer, Ontario schools recently began reverting back to an antiquated sex-ed curriculum from the 1990s, scrapping the revised 2015 version that had introduced education on modern issues like sexting, cyberbullying, same-sex marriage and gender identity. The Canadian Civil Liberties Association (CCLA) and the Elementary Teachers’ Federation of Ontario (ETFO), a union representing 83,000 educators, have since waged a legal war against the government to reverse the repeal of the 2015 curriculum. 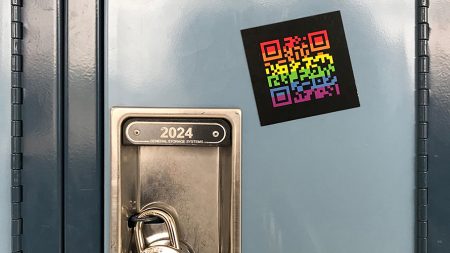 The Get Real campaign will also feature a workshop at École Ouest to cover several of the key issues no longer covered by the school’s mandated sex-ed curriculum, including the importance of inclusive education through the sharing of personal stories from LGBTQ youth.

“The LGBTQr Code effectively turns students into teaching tools,” Union creative director Adam Thur said. “The goal of the campaign is to encourage more kids to talk about LGBTQ+ issues and to provide a resource for kids looking for help.”

Anton Michener, an 11th grade student at École Ouest, commented, “We’re so excited to share what we’ve built, how it works and how it will impact Ontario students for the better.”

While the campaign initially launched at École Ouest only, Get Real said it will be expanding it to other schools throughout the year by working with teachers and students to identify which schools most need its support. In the meantime, Get Real said students and educators can request to have an inclusivity workshop held at their schools through the organization’s website.